Anything and everything Demolition Derby related!

A Dream Fulfilled & a Fear Faced

Yesterday was a BIG day for our family. It was State Fair day. 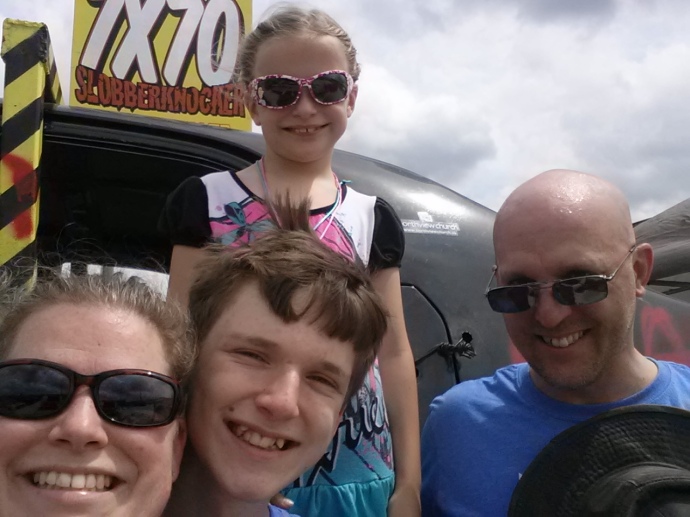 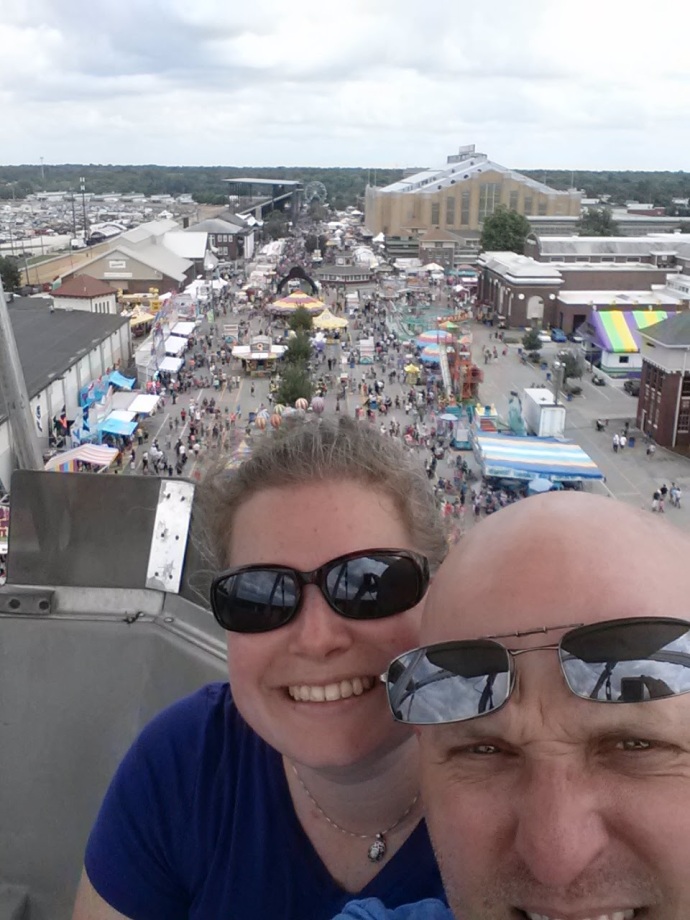 One of the first years we watched the State Fair derby our friend Roger Murdick was running and ended up with another car on top of his. They separated them and finished the heat. And I told Sean then, “you’re never running here!” Then in the feature someones car caught on fire. Not a little wimpy fire under the hood, happens all the time. No. This was a fire ball that completely engulfed the car, driver included. And in complete and total seriousness I told Sean, “you are NEVER driving here!” And until yesterday he hasn’t. He’s always wanted to, but for various reasons hasn’t. When trying to make his decision to run I said absolutely nothing. I refused to comment. A big part of my ministry is encouraging people to go for their dreams. How could I let MY trauma-based fear stop the man I love from doing what I encourage others to do. If I did that it would make me a liar, not to mention I would be miserable knowing I was the reason He didn’t go for his dream.
So on State Fair day I had to push that fear as far back as I could possibly push it. I had to put my faith and words into action and actually TRUST GOD to keep my Beloved husband safe in the palm of His hand.
During Sunday morning praise and worship I actually, in fear, visualized Sean dying and God reminded me that He HAS resurrected people from the dead before and that He can do it again. There are some commentaries that say that Abraham believed that this was God’s plan when He asked Abraham to sacrifice his son Isaac.
Now, did I REALLY believe that Sean was going to die in the derby? No. That’s what Fear wanted me to believe. Do I believe that God wanted me to face this fear all along? YES, in order to get rid of it once and for all! Do I believe that it’s please God and infuriates the Devil if Sean lives out his dream and drives out into that arena in front of hundreds of people with forgiveness written all over his car? Yes!

Do I think Satan is ticked that two people accepted the written word of God into their lives while we were there?

You betcha I do!

Every single one of those people in those stands SAW how forgiveness through Christ works.

P.S. Sean did NOT die! Although I will admit to crying a little while it was going. I am NEVER like that at derbies. Usually I’m out there shouting for him to hit them harder. Last year he had his fuel pump break in the seat behind him spilling gasoline all over the back of his car. They called the fire truck over and were spraying it out and the announcer was saying that his car was on fire. Even in that moment I was concerned but I wasn’t afraid. The State Fair derby was altogether different. I was terrified with an unnatural fear that was unnecessary. But as I stood there with fear-filled tears crawling down my face, I remembered something God taught me about emotions – feel them! Feel them and don’t hide them. Don’t push them back and deny their existence and role in your life. So that’s what I did. I stood there and basked in that twitching anxious feeling of fear and terror that was forcing my hands to shake and my legs to wobble. I stood there and focused on the feeling, the sensation of this fear that had held me prisoner for years and I found myself… enjoying it! It was strange and yet exhilarating! And just like that, it was gone! It’s power over me had ceased, and just as quickly as that I was back to yelling at him to go for it! I was back to myself in 15 seconds flat.
Yes, it was a very BIG day!

It’s driving me crazy! Every time I open up the internet on any of my devices the blog pops up (because it’s my homescreen on all my devices) and I can practically see the tumbleweeds blowing across the screen it feels so empty and deserted! I just HAD to write something so that it wouldn’t feel so hollow and abandoned anymore!
I have one more week of online classes left and then I will qualify for my license renewal! Yay! School has been out for a week now, so that lifted an enormous time burden from my shoulders… but left a huge hole in my heart! I miss going there every day and seeing these kids I have grown to love so much. Two more months til school starts again. In the meantime, it’s summer fun with MY kiddos!!! And we’re having a blast! We’ve done something every day this week, I’m not sure how long I’ll be able to last at the pace, but we’re enjoying it so far.
I made a Summer Fun Planner that I’m hoping to upload to Teachers Pay Teachers soon, when I do I’ll put a link on here for you. It’s the lesson planner I created for myself for next school year modified for the summer. Yup. I’m a teacher at heart. 🙂
Also, quickly, before I forget, Sean is planning on driving in a derby this Saturday. It’s in the Indiana State Fairgrounds grandstands at 4:00 pm. This will be his first derby of the year so we’re feeling pretty excited! Please pray for his safety (and all the rest of the drivers as well), and for those who need Bibles to get them this weekend. We have plenty!
God bless you my friends!
Live your dreams, they’re worth it.

“A period of seventy sets of seven” Daniel 9:24

It’s the Fourth of July and Sean’s driving in the Sheridan Fourth of July parade, how could I resist the temptation to take pictures of my Beloved and NOT share them with you all? 😀 Happy
Freedom
Fourth
Ya’ll!

Waiting for the parade. 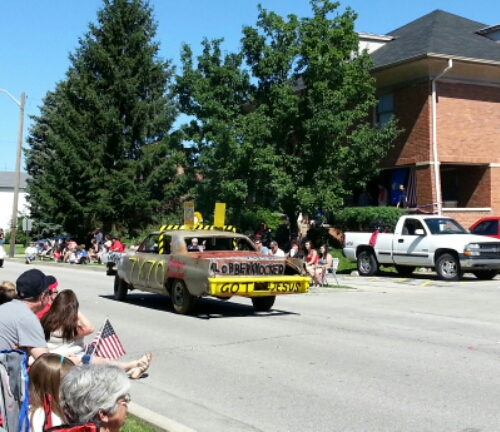 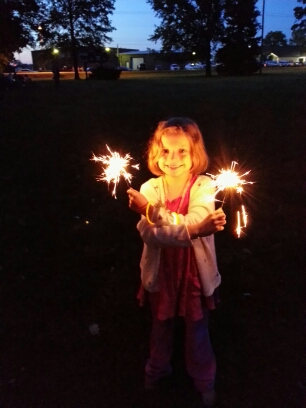 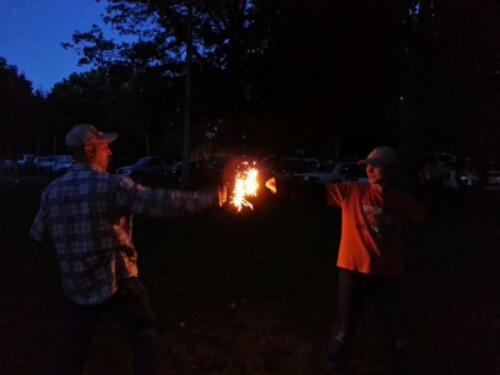 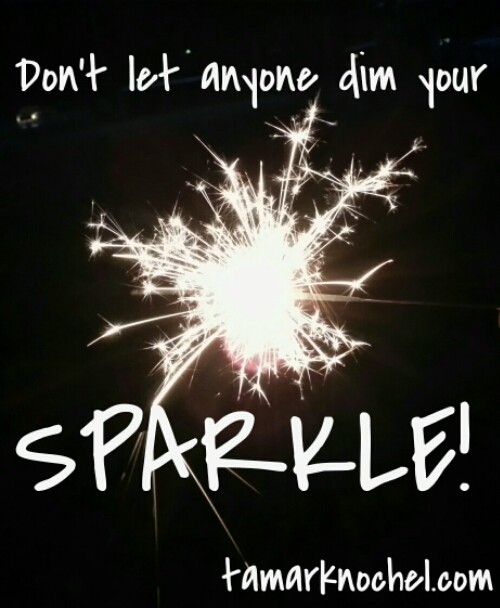 “Uzziah sought God during the days of Zechariah, who taught him to fear God. And as long as the king sought guidance from the LORD, God gave him success.” 2 Chronicles 26:5

We’re getting geared up for this summer’s demolition derby season and we would LOVE it if you would join us, either in person or in prayer! This flyer mentions a “7×70 page on www.TamarKnochel.com” it’s not up quite yet, but I’ll be working on it shortly so keep looking back for it. 😀 It’s where we will be posting everything until we get the 7×70.me website up and going. Not sure when in the world that will be though.