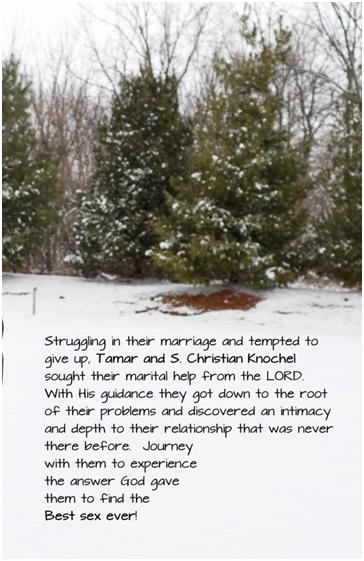 Tremble, and do not sin; meditate in your heart upon your bed, and be still.  Offer the sacrifices of righteousness, and trust in the LORD. Many are saying, “Who will show us any good? Lift up the light of Your countenance upon us, O LORD!  You have put gladness in my heart, more than when their grain and new wine abound.  In peace I will both lie down and sleep, for You alone, O LORD, make me to dwell in safety.  Psalm 4:4-8

When you allow God into your life and ask him to forgive all your sins, He purifies you from the inside out.  “Forgive” is a word that holds extreme power.  And until you learn how to use it and receive it you won’t know how powerful it really is.  I can tell you from personal experience that “I forgive you” are 3 words that need to become part of your everyday vocabulary and roll off your tongue.  You need to THINK them and PRAY them before forgiveness is even asked for.  Sometimes your offender won’t ask for forgiveness, but between you and the LORD you need to forgive them.  Immediately, with no delay, because when someone offends you, it’s like they’re throwing you a flaming ball.  The longer you hold it, the more it burns YOU.  By withholding forgiveness from someone you are NOT hurting them only yourself.  Forgive them before you get burned.

Anger is an emotion; it’s human to feel anger.  Ephesians 4:26-27 tells us: Be angry, and yet do not sin; do not let the sun go down on your anger, and do not give the devil an opportunity. Paul is telling us that we can be angry and not sin.  It is possible, because anger in itself is not a sin.  If you look at the way that it’s written, “Be angry”, it’s already assuming that you ARE angry.  The anger is not the sin; it’s what you DO with that anger that can get you into trouble. He then tells us that we shouldn’t let the sun go down on our anger and not to give the devil an opportunity.  What does this scripture and the opening scripture say we should DO with our anger?

Step 1) Be still and think (Ps 4:4).  BREATHE!!! We have to still our hearts and emotions and listen to God in every situation, but ESPECIALLY amid angry and tense situations.  We have to ask God what our next move should be and not let anyone else lead our actions.  If God’s not leading us, then who is?  During this period, it’s time to keep your big mouth shut!  SAY NOTHING!

Step 2) Deal with it by the end of the day (Eph 4:26).  We must make sure that we deal with our anger quickly!  The longer we hold onto it the more it tears US apart.  Not the person we’re angry with, just us.  (Have I said that enough yet?  Is it sinking in yet?)  And if you DO hold onto that anger it is literally opening a door for the devil to walk right in and take control of the situation.  However, look at Psalm 4:8 and see what happens when you give your anger to God.  In peace I will both lie down and sleep, for You alone, O LORD, make me to dwell in safety. (Notice, this is only 4 short verses after Psalm 4:4 where they were trembling in anger!)  How many sleepless nights have you had because you were fighting with someone in your head?  When you give that anger to God, BEFORE you go to bed you can lie down AND SLEEP in PEACE.  God will grant you rest from the turmoil within.  But you have to give it to Him.  He won’t take it unless it’s given to Him first.  He adores you and doesn’t want to see you in pain from anger.  You’ve got to let it go; otherwise He can’t help you with it.

One last example of how God recommends we forgive.  So as those who have been chosen of God, holy and beloved, put on a heart of compassion, kindness, humility, gentleness and patience; bearing with one another, and forgiving each other, whoever has a complaint against anyone; just as the LORD forgave you, so also should you.  Beyond all these things put on love, which is the perfect bond of unity. (Colossians 3:12-14)  Bear with each other, I tell ya, THAT phrase is soooo fitting for me, I find myself saying it over and over.  Am I alone?  Oh how often do we just have to bear with each other in our marriages? (I love you Christian!)  On those days when he’s tired and grumpy and I just want to smack him and say “snap out of it!”, instead I tell myself, “Bear with him Tamar, you may be grumpy tomorrow!”

When Jesus tells us to “Forgive as the Lord forgave you”, it just makes me ask, how does the Lord forgive us?  First of all, as mentioned yesterday, He forgives us in the way that we forgive others.  But here’s another example, out of Jeremiah:  I will cleanse them from all their iniquity by which they have sinned against Me, and I will pardon all their iniquities by which they have sinned against Me and by which they have transgressed against Me. (33:8) God doesn’t pick and choose which sins He will forgive or who’s sins He will forgive, He forgives everyone of ALL their sins.  If it had nothing to do with us forgiving others first, He would always be forgiving us immediately.

Let’s take a look at the story of David and Bathsheba in 2nd Samuel for another example.  Bathsheba was bathing one night when David, the King, saw her, wanted her, and summoned her to his bedroom.  She was married, but he was the King, so she couldn’t really tell him no – or perhaps maybe she didn’t want to tell him no.  They slept together, she got pregnant, she told David, and he sent her husband to his death on the front lines of battle.  So, they’re story really isn’t that great so far, they’ve committed lust, lying, adultery and murder (that’s the Bible for ya).  Nathan, a prophet, comes to David and confronts him about his transgressions.  Then David said to Nathan, ‘I have sinned against the LORD.’  And Nathan said to David, ‘The LORD also has taken away your sin; you shall not die. (2 Samuel 12:13)  In this situation how did God forgive David and Bathsheba?  Did Nathan tell David to “give me some time; He needs to think about this.”?  No!  He IMMEDIATELY said “The LORD has taken away your sin.”  David and Bathsheba were forgiven immediately.  “Forgive as the LORD forgave you.”  He’s willing to grant undeserved forgiveness immediately, and we should be willing to do the same.

As I’ve stated a couple of times already, I drive in demolition derbies. If there is any place to get angry at someone, that’s it. The most important safety rule in demolition derby is, “Do not hit another car in the driver’s door.” Doing this is usually grounds for immediate disqualification.

The problem with the rule is, the officials watching the derby don’t always see the hit. Believe me, after driving in a derby, you come to realize that unseen driver’s door hits happen more often than you think. When it happens, there are two courses of action. You can forgive the other driver and go on. Or try to take out the other driver. Lose your cool, in other words, and go crazy. In most of those cases, you destroy your own car, as well as any chances of finishing in the money.

In one derby I drove in, another driver gave me a track shot directly square in the driver’s door.(A track shot is driving from one end of the arena to the other as fast as you can and hitting someone as hard as you can.) He hit me so hard, my helmet hit the roof of my car, and he bent the bar in my driver’s door so far in that it hit my seat. In that particular derby, the driver taking the driver’s door hit chooses whether or not to disqualify the driver giving the hit. The official was looking directly at me after the hit and I quickly decided to forgive him and give him the benefit of the doubt instead of going after him and possibly destroying both of our chances of making the feature. I just waved it off and kept driving.

After the heat, the other driver came up to me in the pits and apologized and asked if I was alright. I could tell by the way that he was talking to me that he was genuinely concerned about my welfare. He explained that he was aiming for another car, but was hit and redirected into my door. I told him that I was OK and we started talking. We have since become friends and help each other at derbies that we go to.

So instead of losing my temper and flipping out on the guy, I quickly forgave him, and gained a friend.