He Calls YOU Friend 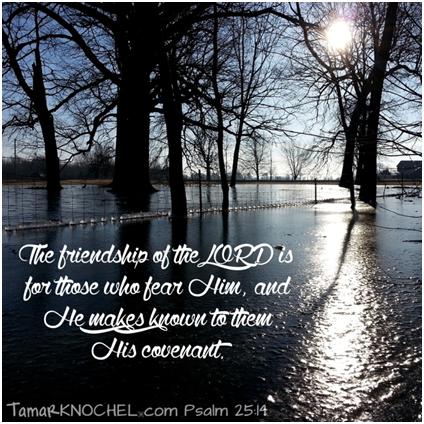 “The friendship of the LORD is for those who fear Him, and He makes known to them His covenant.” Psalm 25:14

The word “friendship” in this verse, can also be translated as “secret counsel”. Now, honestly, there are certain rules about friendship that are just understood and I think secrecy is one of those rules. I mean think back to one of your deepest friendships you’ve ever had and I think you’ll see what I mean. You shared secrets with one another didn’t you? There were (and maybe still are) things that your best friend knows about you that no one else knows about you. Maybe they were even with you when it happened. Or perhaps because you told them later what happened, but either way, there is usually a layer of secrecy covering every deep friendship in your life.

In John 15, Jesus has eaten the Last Supper and is walking through a vineyard with the men who have been with Him through every miracle and every test from the Pharisees. They’ve watched Him calm stormy seas and kiss babies. They’ve heard Him preach to thousands only to then pull these few aside and explain the intimate details of the Kingdom. (Judas the betrayer included.)

This night in the vineyard was no different. They were with Him and He was telling them amazing things that they didn’t already know. But none of them could have expected what came next.

“No longer do I call you servants, for the servant does not know what his master is doing: but I have called you friends, for all that I have heard from My Father I have made known to you.” John 15:15

At this point most of them were probably still reeling from the fact that He, the Lord of the Universe, a short time before had been washing their feet and now He’s calling them FRIEND! The gigantic breech in formal protocol must have really thrown them for a loop! Here is God in the flesh telling THEM secrets about His Kingdom and calling THEM His friends. Nothing like this had ever been done since the beginning of time! From the fall of Adam the message had been “stay away from Me or you will die.” “Stay back, My presence will kill you.” And then Jesus walks onto the scene and says, “COME! Follow Me!”

Jesus changed every image we’d ever been given of God… except one.

He’s the kind of friend who would rather die than to live in eternity without you. But He did more than die for you. He lives for you too. HE LIVES to intercede on your behalf. HE LIVES to pray for you and HE LIVES to be your friend. HE LIVES to be your comfort when you’re low and your companion when you’re high. HE LIVES to give you a life full of richness and depth that is beyond your wildest dreams. He doesn’t want you to just survive your current circumstances; He wants you to obliterate them! You are more than a conqueror in Christ Jesus*, you’re His friend! And if He can conquer DEATH itself, then whatever you’re facing is nothing in comparison. And He is willing to help you, because remember, He calls you friend.

Categories: 365 Life, Crochet Tuesday, Jesus Loves YOU, Psalms, Writing Through the Bible in a Year | Leave a comment