“Can an Ethiopian change the color of his skin? Can a leopard take away its spots?” Jeremiah 14:23

I love the truth of this statement don’t you? We can’t change the color of our skin, a leopard can’t take away its spots, an elephant can’t become a mouse and a dog can’t become a rabbit – although why they would want to do any of that is beyond me! I just got back from a trip where I drive past a small community theater located inside a church building. They had two signs out front today. The first was their normal sign that always lists their current play, today it read: “God’s Favorite” in black letters with red dates under it for show times. The second sign was leaning in front of the first sign and it said: “Auditions Today” in black letters with an arrow pointing toward the building. I really wish I had had time to stop and take a picture because it was a sight for my record books Friends!!! They were holding auditions today for God’s Favorite!!!! You know, six months ago, before I started working on this whole insecurity thing I think I would have about driven off the road to get there and audition first to be God’s favorite. Today I know that I don’t have to do that, because I already am. 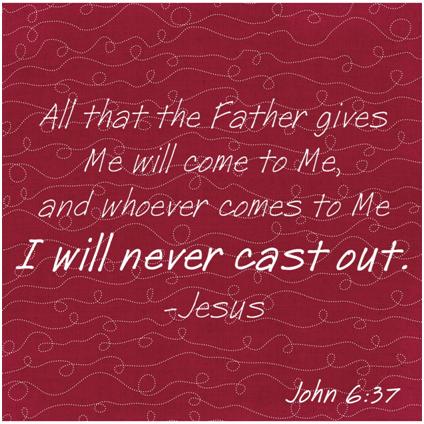 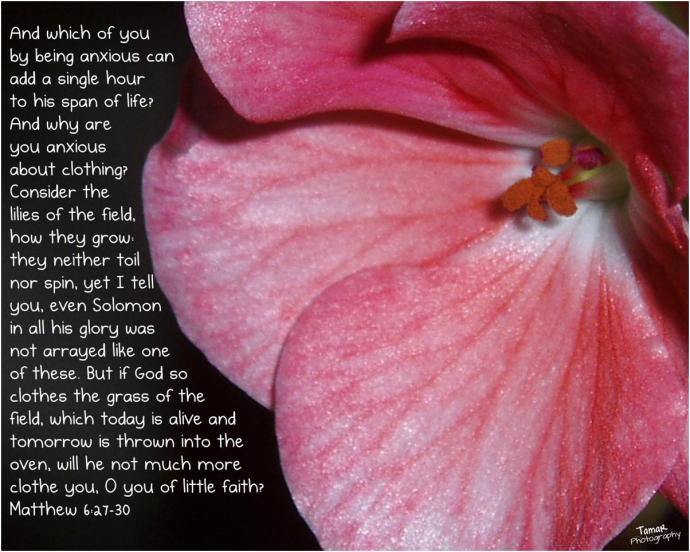 Which of you being worried can add even a single moment to your life? None of us. Just like we can’t change our skin and a leopard can’t change his spots, worry does absolutely nothing to improve our lives. Nothing. While I have been working on rejecting Insecurity for the past six months (through a methodical reading of Beth Moore’s So Long, Insecurity You’ve Been a Bad Friend to Us) a parallel has emerged that I wasn’t expecting. Worry. I didn’t realize how closely tied Worry was with Insecurity – until now. The two go hand in hand together playing Red Rover with our emotions calling us to “come over” only to clothesline us when we get to the other side. Insecurity breeds Worry and Worry breeds Insecurity, it’s a vicious cycle.

For as long as I can remember I’ve been a worrier filled with insecurity. I’ve always been worried about what other people thought of me, and how they would react to me. I desperately cared if they liked me or not, I wanted EVERYONE to like me. And if I thought that they didn’t like me, well then I would try to change my spots in order to help them like me. I never thought about the fact that if I changed in order to make them like me, then they wouldn’t actually like ME then would they? That completely defeats the purpose of making friends now doesn’t it.

But therein lies the beauty of a friendship with Jesus. He doesn’t love you for who you pretend to be, in fact He doesn’t like that person very much at all. He LOVES the real you, the you that’s deep down in the core of yourself. The one who struggles with insecurity and how people see her, He loves the girl who had braces for four years and was teased mercilessly for them while her classmates had perfectly straight teeth and gorgeous hair that stayed wherever they put it and never got frizzy… or maybe that was just me… Anyway! He loves THAT person, the one deep inside that’s wounded from childhood and desperate for someone to just love her the way that she is; not caring what she looks like or what she sounds like. He loves you, not for what you can give Him but for what He can give you. My darling, He GAVE you those spots, why would you want to change them? They’re His favorite because YOU’RE His favorite. When He knit you together in your mother’s womb He looked at you and said, “It is good, she IS fearfully and wonderfully made” and He wants you to know that full well!!! Leopards can’t change their spots because those spots are part of what makes them leopards! And leopards are cool! (I have a LOT of leopard print stuff in my house…) While a leopard’s spots are part of what makes them the leopards God created them to be, your human weakness is part of what makes you who God created you to be. Why would you want to change that? 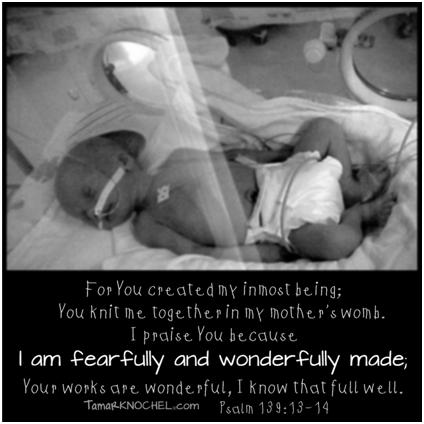 Categories: 365 Life, Insecurity, Jeremiah, Season 3, Writing Through the Bible in a Year | Leave a comment