Satan Doesn’t Get to Win

Satan used Jealousy and Pride to rattle the Pharisees and Scribes against Jesus. He had even managed to convince Judas (with 30 pieces of silver) to betray Jesus and turn Him over to the high priest for questioning. And now there’s Jesus, beaten beyond any recognition. He’s being spit on and taunted by on lookers as He hangs naked on a cross. He dies and is buried in a tomb and according to all signs it really looks like Satan has won the war. Talk about dark and hopeless places! The grave is pretty dark and hopeless wouldn’t you say?

BUT GOD HAD A PLAN! 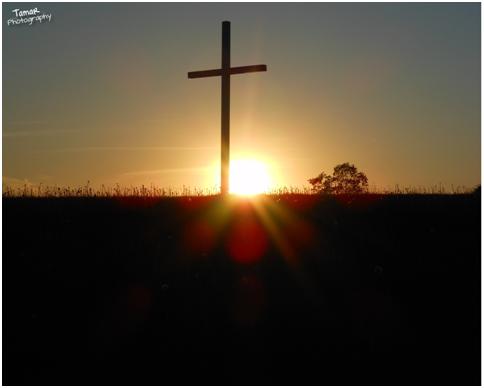 His plan didn’t end on the cross, it started there! While Satan’s scheme had been to eliminate the threat and kill Jesus, Satan’s plan was as flawed as flawed could be! Did he not know what was really going on? Did he not understand the reality of the situation and what Jesus was doing? He must not have because Satan fell right into his own trap! Satan set a trap for Jesus that would spill His blood and kill Him. What Satan didn’t plan on was the VERY thing God DID plan on, because being God, He knew! Satan never thought of Jesus being the true atoning sacrifice for Passover. He couldn’t have thought of that, because if he had, he never would’ve had Jesus crucified.

Satan, while a powerful pain in our patoots, is NO MATCH for our God! Period! He simply can not compete in this match we call life. In the game of wits against God Almighty he doesn’t even hold a candle to the light of the Son!

Sure, Satan schemes against God by firing arrows in our direction. But the blood of Jesus is our shield that extinguishes all those fiery arrows. And what’s more is that not only is Satan no match for our God, he’s no match for us either!

We have been made more than conquerors through Jesus who LOVES US! (Romans 8:37) And the One who started a good work in you WILL be faithful to finish it. Right now you may feel like you’re in a pit or that your only hope is dead in a tomb, but the reality of the situation is that you’re in the cleft of a rock (Exodus 33), protected on three sides by God’s rock solid love and covered by His faithful hand as He walks before you pronouncing His name. And eventually He will remove His hand from over your eyes and you will look and you will find the footprints of His provision and protection in the sand at your feet.

Categories: 365 Life, Jesus Loves YOU, Psalms, Writing Through the Bible in a Year | Leave a comment