You are Not Common

I would be amiss today if I didn’t call out the irony of today’s Word of the Day. Today is New Year’s Eve. And tonight at midnight thousands of people will be starting a diet. And as God would have it, we read Leviticus chapter 11 today, the list of things you can and can not eat as a Jew. That just makes me laugh, God’s timing is impeccable. And thank You Jesus for Peter’s vision in Acts 10:9-33 deeming all animals clean to eat! Because I sure do love pig! (Mmmmm….. bacon….)

In Peter’s vision he saw a sheet lowered down to the earth. On that sheet was every kind of animal, reptile and bird. Then God said to him: “Rise Peter; kill and eat.” But Peter, being a good Jew said, “By no means, Lord; for I have never eaten anything that is common or unclean.” And God said, “What God has made clean, do not call common.” This whole scene played out before him three times! Do you think God was trying to drive home His point?

Immediately after receiving this vision Gentile men show up to see Peter and ask him to come with them. And Peter, being a good Christian, went with them and visited the Gentile home of their friend and spoke to the Gentile crowd that was gathered there. He said to them, “You yourselves know how unlawful it is for a Jew to associate with or to visit anyone of another nation, but God has shown me that I should not call any person common or unclean.”

Back in the Word of the Day, Leviticus chapter 9, we find the details of the process of Aaron’s first offering to the LORD.

Aaron had just been consecrated (we talked about that yesterday) and now because of his consecration he is allowed and able to obey the command of the LORD to draw near to the altar. And isn’t that the command to us all?

“Draw near to Me, My Beloved, for I desire fellowship with you!”

And yet all too often Fear keeps us at arm’s length from Him. Fear of our unclean unworthiness keeps us from racing into the loving open arms of the Father. And yet all too often, like the Prodigal son slinking back home stinking of pig, we convince ourselves that our Father could accept us better as his servant rather than his son, because we no longer deserve the status of son, because of what we’ve done. Yet while we are still far off, who is it that comes running? It’s the Father who runs, races, rushes to greet us with open arms, a coat of honor and shoes for our feet. Servants didn’t wear shoes, only family wore shoes. But that isn’t all, there is a ring for our finger too. The fingers that had just been feeding the pig’s food were now encircled with a band of forgiveness and fellowship that spoke of family and cleanliness.

At the end of Leviticus chapter 9 we finish the story of sacrifice accepted. “Aaron lifted up his hands toward the people and blessed them, and he came down from offering the sin offering and the burnt offering and the peace offerings. And Moses and Aaron went into the tent of meeting, and when they came out they blessed the people, and the glory of the LORD appeared to the people.”

“And fire came out from before the LORD and consumed the burnt offering and the pieces of fat on the altar, and when all the people saw it, they shouted and fell on their faces.”

Now compare that with the story of Peter’s Gentiles & the Prodigal Son. In Acts 10 we see how God feels about these formerly “unclean” Gentiles: “While Peter was still saying these things, the Holy Spirit fell on all who heard the word. And the believers from among the circumcised who had come with Peter were amazed, because the gift of the Holy Spirit was poured out even on the Gentiles. For they were hearing them speaking in tongues and extolling God.” (verse 44-46)

While Peter was still saying these things, the Holy Spirit fell.

While the son was still far off, the Father RAN.

God is so desperate for you. Do you realize that? He desires time with you.

Don’t you dare call yourself common or allow anyone else to either! God Almighty through the blood of His holy son Jesus has declared you CLEAN,

And who do you think you are to disagree with Him? 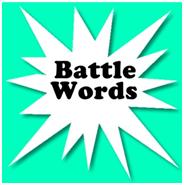 Romans 8:15 (HCSB) “For you did not receive a spirit of slavery to fall back into fear, but you received the Spirit of adoption, by whom we cry out, ‘Abba, Father!”

Jeremiah 1:8 (HCSB) “Do not be afraid of anyone, for I will be with you to deliver you. This is the LORD’s declaration.”

Isaiah 44:2 (HCSB) “This is the word of the LORD your Maker who formed you from the womb; He will help you: Do not fear.”

Isaiah 44:8 (HCSB) “Do not be startled or afraid. Have I not told you and declared it long ago? You are my witnesses! Is there any God but Me? There is not other Rock; I do not know any.”

Isaiah 51:7 (HCSB) “Listen to Me, you who know righteousness, the people in whose heart is My instruction; do not fear disgrace by men, and do not be shattered by their taunts.”

Deuteronomy 3:22 (HCSB) “Don’t be afraid of them, for the LORD your God fights for you.”

Categories: 365 Life, Choose: Fear or Faith, Jesus Loves YOU, Leviticus, Writing Through the Bible in a Year | Leave a comment