Let’s try this again! “Someone” must not want you to see this one…

Tell me, if this ground had been buried under the Red Sea for years and years and years, wouldn’t it be a safe assumption that it would be a muddy sloppy mess waaaay down deep into the ground? Yet scripture tells us over and over that the ground was dry when the Israelites were walking across it. That may be a small fact that we pass right by when we’re reading something as awesome as the parting of the Red Sea, but it’s not a small fact at all! The ground was DRY; as in packed, hard, dirt and dust flying from feet pounding as they’re hurrying across the sea bed. Yet somehow, by the time the Egyptians go to cross this very same ground, their wheels get clogged and heavy.

Now I did a little digging on my own, through several different translations of this word “clogged”. It seems that there are two ways that the translators like to define it. Either they say “clogged” or they say “separated”. However the rest of the verse, “so that they drove heavily” is either translated “heavily” or “with difficulty”.

Don’t you think that if your chariot wheels, built light for speed and agility, getting clogged with heavy mud would tend to make you drive heavily and with difficulty and perhaps even cause your wheels to separate from your chariot?

But wait, how would that happen if the ground was still dry like it was for the Israelites?

Seriously, how awesome is our God? I mean really! First of all, to even part the sea in the first place, that’s just awesome. But then, like a cherry on top of an ice cream Sunday with whipped cream, He not only parts the sea, but makes the land dry so that their feet don’t get muddy and heavy. You know, because that would make it really hard for them to run across like He told them to. Oh! But wait! It gets better! Because just as the Israelites are finishing crossing, the miracle of the parting is beginning to wear off. The dry ground suddenly isn’t so dry anymore. The walls of water don’t seem quite so tall any more. The ground that was so easy to travel on earlier is not suddenly sticky with mud that’s getting trapped in the chariot wheels, slowing them down and making them simply fall apart! “Ummmm… guys, I think we should get out of here… This YHWH guy, yeah…. I think He’s fighting for the Israelites. Annnnd… I think He’s going to win against us.” WHOOSH!

You want to know what I think is really awesome? What Moses said BEFORE all that happened.

The Egyptian army is pressing in on them; they’re literally stuck between the Sea and the army – a rock and a hard place. Talk about the pressure being on! They are that mouse being squeezed until it squeaks! And look! What is it that they do in that moment?

“Is it because there are no graves in Egypt that you have taken us away to die in the wilderness? What have you done to us in bringing us out of Egypt? Is not this what we said to you in Egypt; ‘Leave us alone that we may serve the Egyptians’? For it would have been better for us to serve the Egyptians than to die in the wilderness.” (Exodus 14:11-12)

They squeak! They squeak and the overflow of their heart pours forth as speech. Do you really think they BELIEVE that they would have been better off in Egypt as slaves? Of COURSE they don’t! For years they had been crying out to God to save them from their slavery! But in that moment their hearts are so filled with Fear that they do the thing that we all seem to do in the face of Fear. Freak out. We say things that in our spirit we know aren’t true, yet it’s how we are truly feeling at the moment. We are so desperate for release from the pressure that we’ll say just about anything to keep from being crushed. And it is in that moment that we realize how humanly powerless we truly are. We are weak and fragile beings that no matter how strong and mighty we think we are, we are ALWAYS in desperate need of a Savior.

We are in need of a God who says to us, “Fear not, stand firm, and see the salvation of the LORD, which He will work for you today. For the Egyptians whom you see today, you shall NEVER see again. The LORD will fight for you, and you have only to be silent.” (Exodus 14:13-14) 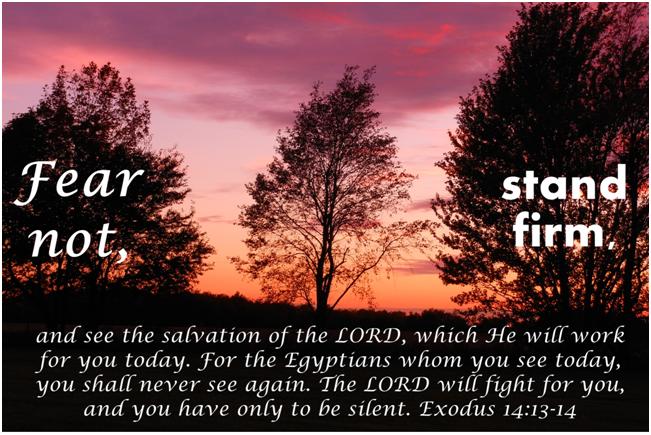 Be still and know that HE IS GOD! Yesterday, in my dream, when I stood face to face with pure evil there was nothing that I could do to save myself. And I didn’t have to! Because in the face of the most dangerous being in the universe, God took over for me. I fought until I was at the end of my ability to defend myself and then God took over from there. He defended me when I wasn’t able. He shielded me completely from the curse of the Enemy. What God has blessed NO ONE can curse! Not even Satan himself!

Stop fighting a fight that’s already been won! Jesus has overcome! Yes we will have trials in this world, but Jesus has overcome and so can we! We have been born into the kingdom of God where we now belong to the family of overcomers! YOU are an overcomer. Whatever trial or pressure that you’re facing today, you can and will overcome it! It will pass and you will have been delivered from it, and you will turn back around to look at the Enemy who has been chasing after you and you will LAUGH as they drown in your miracle!

Is that not the most beautiful picture? Satan is drowning in YOUR miracle. The very thing that God did to save us, is the very thing that swallows Satan alive and spits him out dead on the shore afterwards. HALLELUJAH!

That’s MY God! The God who doesn’t just save, He destroys the thing I needed saving from!

“The waters returned and covered the chariots and the horsemen, of all the host of Pharaoh that had followed them into the sea, not one of them remained. But the people of Israel walked on dry ground through the sea, the waters being a wall to them on their right hand and on their left.” Exodus 14:28-29 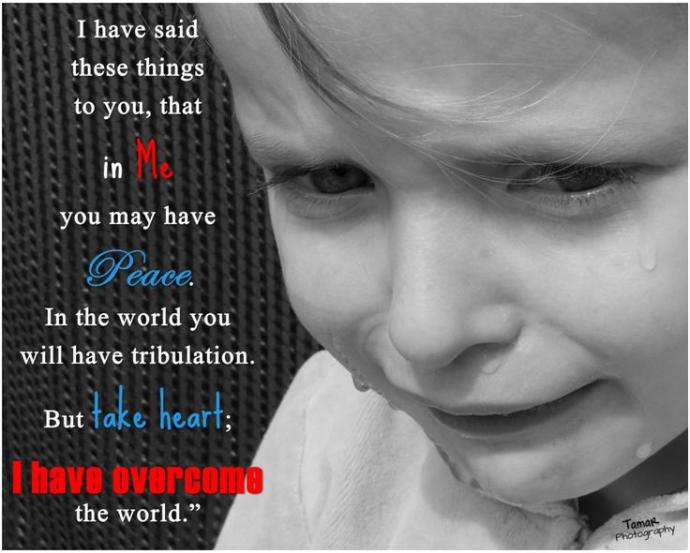 Categories: 365 Life, Exodus, Writing Through the Bible in a Year | Leave a comment