You Can Have New Roots

Today’s reading starts with the end of Ahaz’s story and the beginning of Hezekiah’s. I find this interesting this morning as we’re starting a new book for our devotional reading we’re doing the same in our Bible reading. We’re closing the door on Ahaz, the evil king. And we’re opening the door to Hezekiah the good king. I found it interesting that his mother was the daughter of Zechariah. I wonder if it’s THE Zechariah. Ya, know, the one that wrote the book of Zechariah. I’m pretty sure it was, mostly because of what happened next.

Generally the way these family histories go, when one king is evil and his son takes the throne he is evil too unless he has had some sort of godly influence on his life. You know, like maybe being raised by a prophet’s daughter. I could see how that *might* sway you away from the dark side. (Not to mention a HUGE testimony for motherly influence I might add!)

In Ahaz’s distress he turned from the LORD to false gods. His thinking was, “‘Because the gods of the kings of Syria helped them, I will sacrifice to them that they may help me.’ But they were the ruin of him and of all Israel.” (2 Chronicles 28:23) So Ahaz gathered up all the sacred items of the house of God, cut them up, and “shut the doors of the house of the LORD”. (2 Chronicles 28:24)

Now normally I wouldn’t think too terribly much about this, it’s a common theme in the Bible. But as God would have it, yesterday during my Sabbath rest, I just happened to watch several sermons on breaking generational curses. It became almost like a game for me as I picked one random recording after another, three sermons, three different pastors, all three on breaking generational curses. Do you think God was trying to tell me something?

So then I pick up my Bible this morning and here we have a reading that just “happens” to be about an evil father that shut the doors to the LORD’S house and a son who opens them back up (2 Chronicles 29:3). It just made me smile. Yup. God’s just awesome like that. Hezekiah was a son that broke a generational curse (probably with a lot of help from his mom). 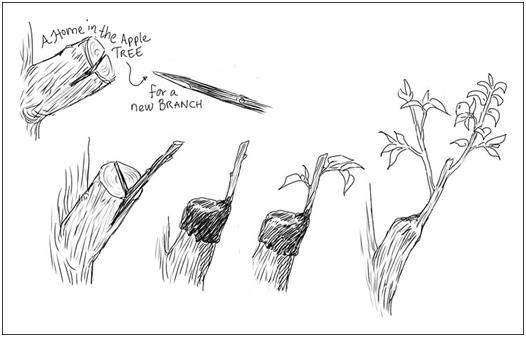 We are officially no longer a member of the human bloodlines we were born into. With that comes liberation from any and all generational curses. However, it’s up to us to take hold and claim that liberation. If we choose to just sit back and say, “Well, my father was always hot tempered, so I will be too”, then that’s all that will ever happen. However, if at any point we choose to remember that we are no longer part of their human lineage, but rather the lineage of Christ – the picture of patience. Then that generational cycle of anger is broken and will no longer be passed down to the next generation.

Anyway, back to Ahaz and Hezekiah, my point is this. According to the scripture seeking false gods was “the ruin of [Ahaz] and of all Israel.” 2 Chronicles 28:23) The evil intentions of one man ended in the ruin of all of Israel. Yet, the good intentions of one man, Hezekiah, ended in the restoral of all Israel and the celebration of the first Passover to be remembered in generations!

Your decisions have the power to affect millions of lives throughout the rest of history. Today I set before you life and death, blessing and curses. Which do you choose to pick up and claim for yourself; the life and blessings of Christ or the death and curses of the world? Remember the choice is completely up to you… as are the results.

*A huge thank you to www.TimelessTruths.org for their picture of the grafted trees! I highly recommend visiting their site, it’s wonderful! If you click on the picture of the trees it will take you to the story the picture came from, which just “happens” to be directly related to what I’ve shared with you this morning. You know, because God’s just that awesome!