Thursday at a little after 4pm my husband sends me a text “I’m on my way!”, he had gotten off work a whole hour early! I was running around town like a crazy person picking up last minute things for our trip to Metal Mayhem seven hours away in Pecatonica IL to pass out Bibles. Six hours later we had the truck loaded to the absolute breaking point with all our camping gear ready to head north to the Farm where our RV “Rover” was waiting to set out on his first long trip in many many years. You see Rover has a history with the Knochel family. He belongs to my husband’s grandpa Knochel. Grandma and Grandpa Knochel, for many years, would take Rover (I doubt they called him that at the time it’s just what my kids named him this weekend) all the way out to California from Indiana every summer to build houses with their mission group the Nomads. So he has a rich history of mission trips. Two years ago our tent got left in a tub full of water after a camping trip and we honestly haven’t been brave enough to open it since! So last year when it was time for our annual camping trip with my parents we asked Grandma and Grandpa Knochel if we could borrow their RV to camp with this year. At that point it hadn’t been used in many years due to their declining health conditions so once we got it to our house it took me an entire week to clean the poor little guy out! After Rover had had his makeover my prayer partner and I went through the entire camper and prayed and blessed every cabinet, couch, chair, refrigerator, drivers seat, you name it we prayed over it because even then we knew that Rover was the one that would be taking our young little family to the places God called us to go. And I wasn’t about to leave without a proper blessing on the vehicle that was taking us there! (I’m a blessing wrestler like Jacob, I fight for blessings like they’re worth being fought for.)

When the winter season came and it was time for Rover to hibernate in the barn once more it broke my heart to leave him there all alone, I was honestly afraid that I might not see him again – this vehicle that had been blessed, anointed to take us where God told us He wants us to go. But I left him there all the same, forced to trust that God would bring us back together again in the spring. And as this spring has progressed and I have been busy, oh so busy, with ministry details I have to be honest when I say that my thoughts really haven’t been with Rover. Until a little over a week ago when God called us out into the open mission field to provide Bibles for anyone who wants one at the largest Demolition Derby in the country. We debated staying in a hotel, but considering the timing and the funds available to us we knew that the only real choice was to wake Rover from his hibernation and ride this faithful vehicle to this first mission trip for our family. 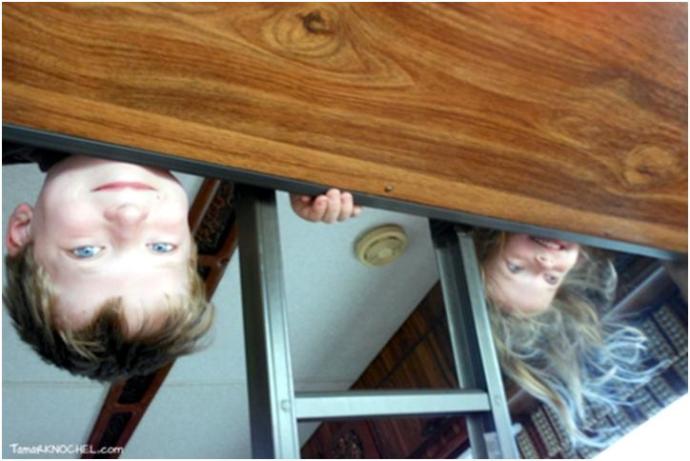 After a few days of preparation and a LOT of prayer we were off on the road in Rover headed to our destiny. A mission-minded family hoping to change a few lives while enjoying each other in our beloved camper Rover. As we pulled out of the farm driveway and onto the hot black top country road Rover’s belts squealed with excitement to be out on the mission field once again… at least that’s what I told my husband the mechanic anyway. He laughed and rolled his eyes at me. About a mile down the road there was a white road construction truck on the side of the road with its little yellow light flashing away on the roof. Over the years of being married to Jesus the two of us have come up with many inside “jokes” and “codes”. One of them is flashing lights on the side of the road. They are His way of showing me that He is clapping for me, cheering me on because I’m going the way He wants me to go, or doing the things He wants me to do. So to see this little white truck on the side of the road simply thrilled me. But then, as if that wasn’t already exciting enough for me, there was a sign too. Like, a literal sign! It said “Fresh Oil”. A few weeks ago I breathed a momentary prayer in the depths of my heart that God would anoint me with fresh oil, a fresh view of our mission and what HE wanted us to do in this brief whirl around the globe called life. And here was not only a truck flashing its lights, but a literal sign that said “fresh oil”! This was total confirmation that we were not only headed in the right direction but also an answer to a prayer that had never even been spoken or even thought but quickly drifted through my spirit like a wisp of wind on a breezeless day. And yet here was the answer to it staring me in the face! Fresh oil! What a way to start a trip!

I was so excited I hurriedly typed out a short text to some friends and Facebook telling about what I had just seen. Sometimes things just shouldn’t be left to a simple text – they just can’t convey the message you’re trying to convey. Almost immediately I got a message back via Facebook from my cousin, she hadn’t understood my message at all. What I just spent the last paragraph explaining I said in one sentence, it’s no wonder she was baffled! But while the Enemy tried his hardest to use her confusion to bring me down, it didn’t work, I was just too excited about what was happening around me. God was using ME! And more than that, I wasn’t alone either, I was surrounded by my family! We were in this adventure together! And what an adventure it was already turning out to be! We had already leapt off the face of the cliff in faith that God would provide the money necessary to get us all the way there and back home. Now the next task was to endure the next seven hours on the road in an RV without air conditioning! But since we all were so pumped about the adventure it wasn’t so bad for the first few hours. I sat in the passenger’s seat with my hair blowing every which way in my face because every window in Rover wide open to allow as much air in as possible. I felt a little like a dog with its head sticking out the window, without my head sticking out any window! I sat with my bare feet up on the dash board, the wind tickling my toes and the sun kissing my cheek; eyes closed breathing in that lovely scent of fresh air and old RV all mixed together. To say the least I was loving this trip so far. I was absolutely intoxicated by the closeness of my husband buckled into the drivers seat so near to me with no where to go and nothing to do but talk to me for hours on end. However, a couple of hours into our trip I got up to get a snack for the kids and I when I smelled something. It smelled like a mixture of gas and exhaust fumes, and it got stronger the farther back into Rover I walked. When I sat back down in the passenger’s seat I told my husband the news, I smelled gas. We stopped at the next station to take a break and while I was in the bathroom with the kids he checked out the situation. The exhaust pipe had been rusted through and was leaking directly under the back of Rover allowing the fumes to seep into the inside of the RV. After only a few minutes of being stopped with all the windows open the fumes had cleared out and we moved on. There was nothing that we could do but keep going at this point. We had already determined that Rover would need several stops along the route to pant and catch his breath, now WE would need the breaks too!!! Thank God I had asked LOTS of people to pray for Rover before we left!

Several hours later the heat, fumes and motion sickness got the best of me and I was forced to lie down to try and recover while my husband drove on. As I lay there I prayed, confident that I was in God’s hands. When I rolled over from my stomach to my back my eye spied out the window one of the most beautiful things. Deep green was everywhere but in the very middle of the green there was a piece of ground that looked like God had put His hand under the ground and pushed this piece up with His thumb. It stuck straight up out of the ground painted with browns and reds and tans all surrounded with green tree tops and grass covered in blue sky and puffy white clouds. It was amazingly beautiful, and the Holy Spirit whispered to me “The same God that painted that picture, painted you. That same God that sculpted that “mountain”, sculpted you in your mother’s womb.”

You may not like who you are, others may not like what you do or what you say, but through Christ’s blood God sees you as the creature He created you to be. Perfect in every way. When all we see is flaws and imperfections, He sees quirks and the things that make us who we are. Just like He planted those trees lovingly and precisely where HE wanted them, He planted your personality and your “imperfections” in you too. Those things that you see as downfalls, He sees as the very things that draw you closer to Him; those things in your life that call you to lean on Him for support and help. And anything that draws you nearer to Him in relationship is something that God cherishes! Just like a mother who cherishes the way her family needs her love and attention, God cherishes the way that you need His love and attention. He loves how you need Him. Don’t beat yourself up over the things in your life and personality that draw you nearer to the One who loves you more than His own life!!! Just press into Him and allow Him to fill you up with HIS love for you. Because that’s what really matters in life. “not that we loved God, but that HE loved us and sent His Son as an atoning sacrifice for our sins.” Jesus loves you, that’s all that really matters. 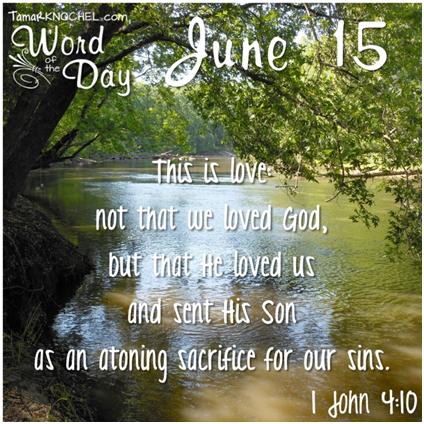