You know it’s interesting how God can use ANYTHING to speak to us. The night I stood at the crossroads I came home, finished writing for the day and then spent the rest of the evening with the family. After the kids went to bed my husband and I sat down and watched a show on the Discovery channel called Deadliest Catch. This particular episode was all about the most dangerous moments the ships had had during the previous seasons. You see, this show is all about fishermen! These men perform what has got to be one of the most dangerous jobs known to man. They spend months out in the Bering Strait risking their lives to catch crab and bring them back for us to eat. And what’s amazing to me is the way in which God structured my steps throughout the past few days where He had me counting my blessings and expressing my excitement about having been called to be a fisher of men with my husband by passing out Bibles. Then has me stand in a literal crossroads and tells me that I am at a crossroads in my path of life where I can choose which path to take. OK, no biggie right? I’m following You Lord, lead the way! But then He brings me home and shows me this show where these fishermen are fighting everyday just to stand up let alone fish! They fight the wind, they fight the bitter cold, they risk falling overboard and dying from hypothermia. But at the same time, their rewards are huge! These crab that they are fishing for are worth an amazing sum, and they love what they’re doing, they can’t even imagine doing anything else despite the risk. By the middle of the show I turned to Sean and asked him to pause the TV so I could explain to him what the Holy Spirit was telling me through all of this. I started by telling him about the crossroads, I hadn’t had a chance to share that with him yet and then I pointed to the TV “God is showing us what is in store. He’s showing us that the road of ministry is dangerous and scary… but very rewarding. We have to decide if this is what we really want to do. How much is it worth to us?” He didn’t really say much at the time and neither did I, we finished the show. Toward the end, as I was sitting on the couch, almost in the fetal position, wide eyed and thinking “can I really do this?” when the Holy Spirit whispered through my soul, “eternity”. And I thought about looking back at this critical crossroad in my life from my after-life, talking about it with my friends and wondered how would I feel about saying to them “Yeah, I chose to take the easy road”. God had me make this very same choice last year at about this same time. He had me sit behind the steering wheel of an RV and told me to tell Him whether I really wanted to keep going down this path or change course. It wasn’t as easy as I thought it would be. I started saying “Lord, I’ll follow You where ever You want to lead me, I trust You.” But He was insistent, saying “Make me believe that you really want to keep going.” I knew that the path ahead would be hard, that the testing would be difficult, but I also knew that He would be with me through it all; that I would be safe in the Shepherd’s arms the entire time. So I chose to keep going down the path of ministry. And I’ll admit, standing at the crossroads this year and looking back over the last year, there have been some really really tough dark moments where I really wanted to quit, but they were brief and very productive moments. In those times I was sifted, or pruned depending on which parable you’re looking at, and by the end of them I was a different person, a much lighter person. I knew who I was and what I was doing this for. I knew more and had a much better perspective of life. Yes, there were some really dark low moments in this past year… but God was with me every second of the way, more in those sifting moments than any other moments it felt like.

I have discovered a new favorite after dinner treat, Ghiridelli dark chocolate squares filled with salted carmel… sigh…. they’re simply heavenly! The chocolate is just the right amount of bitter and crispy while the caramel is just the right balance of sweet smoothness to go along and balance the crispy bitterness. But then the salt comes in and pushes it all over the top in flavor. Oh! They are simply amazing! I discovered them with my new friend Jeanette the other day on our way to the Winter Jam concert and we both have been hooked ever since. This week we were spending some quality time at the BMV together (with another mom and four kids under five – we know, we’re crazy) when we started discussing these squares of heaven. She told me about how even her son in second grade is amazed and commented on the perfect balance between all the ingredients and how they go together so well. I’m realizing that God does that with our lives too. There are those bitter moments in life that are just hard, but then He adds the sweet moments that make us smile and laugh and make living worthwhile. You know those kinds of moments that smooth out the rough edges of the hard moments. But then there’s the sea salt that just sends everything over the top. Those people that you share life with that make life just wonderful. Those people in your life that are the salt of the earth, that when you’re down they lift you up. Your husband who knows just what to say when you’re blue, or may have just the right scripture that applies perfectly at just the moment you need to hear it. The friends that will tell you when you’re doing something they don’t approve of, where they will catch you saying something self-defeating and will call you on it. Those are salt of the earth people that make everything in life work together for the good of those who love the LORD and are called according to His purposes.

Ya know, I get that the road ahead is going to have bitter moments, moments that I’m not going to enjoy and don’t look forward to experiencing. But I don’t want to look back on my life and say “I took the easy road”, that’s not me and it’s not something that I would be proud of. Because of the gift of salvation and justification I can look at the future from the viewpoint of eternity and realize, this is only a phase, it’s a brief wisp in the wind compared to eternity. Because I know that it will NOT last forever and because I know that GOD will be with me hand in hand every step of the way, I know that I CAN do anything through Christ. I can endure further testing, further pruning, further dark and bitter moments because I know He is there; that I am SAFE in the Shepherd’s arms. I can do all things through Christ who gives me strength! I may not know all the options, I may not know all the consequences, but You know me Lord, I can’t choose the easy way. I don’t want to be like the Israelites when they heard the report from the spies who had just entered the Promised Land and seen the “giants” and got scared and said “let’s go back to Egypt!” I don’t want to do that, I know the battle for the Promised Land won’t be easy; it certainly hasn’t been to this point! But I do know that with God ALL things are possible, I know that He is with me. And if God is with me then WHO, or what, can be against me??? The LORD has been with me thus far and I know that He will be with me from this point forward as well. Because He has promised that for every believer, and I believe that He fulfills every promise. I trust that God will be with me in the future battles just like He’s been with me in the previous ones. God has led me out of darkness and into the freedom of the Light, and like an ant who has found a treasure trove of food at a local picnic I will go back into that darkness and tell me friends about the Light that I have found, I will bring them out into the Light to feast on God’s picnic – His abundant Grace. That’s another thing I could never be happy with in eternity, accepting my own freedom and leaving it at that by allowing everyone around me to continue living in darkness and death. I’ve experienced God’s marvelous Light, I’ve tasted the sweet smooth creaminess of His goodness and His pure grace how could I not share that with EVERYONE? Not just a few select people who I know will accept it, but EVERYONE. 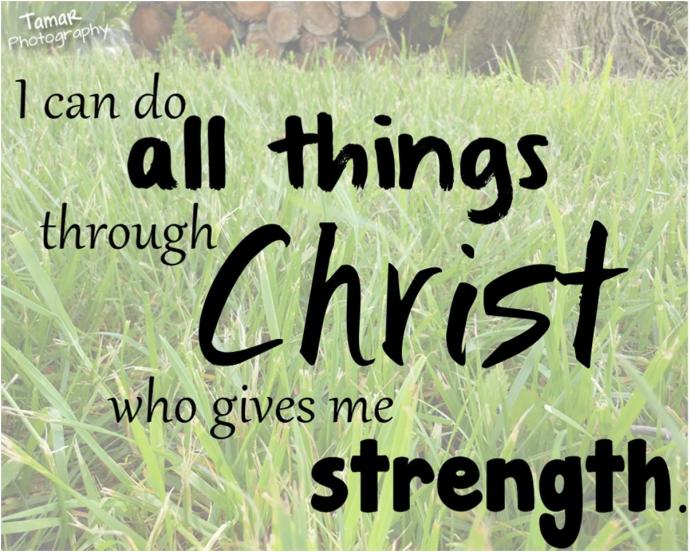 Categories: Deuteronomy, Writing Through the Bible in a Year