And Agrippa said to Festus, “This man could have been set free if he had not appealed to Caesar.“ Acts 26:32

Paul didn‘t have to stay in custody, he didn‘t have to remain a prisoner, yet he did anyway. Yesterday, in Acts 23:11 the Lord stood by Paul and told him that He wanted Paul to testify about Jesus in Rome, so in Acts 25:10-12 Paul lets the court know that he wants to go before Caesar and appeal to him about his innocence, which is granted him. Then today in Acts 26:32 we discover that had Paul not asked to go before Caesar he would have been set free! Paul could have been free from those chains that bound him… if he had not done what the Lord suggested. But because he obeyed Jesus he also remained in the chains that bound him to his quest.

As Christians we see chains and imprisonment as the opposite of the goal of our faith. We see them as a hindrance and a lack of freedom. But sometimes, the things that we think are hindering us are the very things that are allowing us to do God‘s will. Paul didn‘t have to stay where he was, he didn‘t have to continue on the journey he was on, but he did. And he did it willingly.

I‘m reminded of Acts 16 where Paul and his companion, Silas, were in jail. They were placed in captivity because they had freed a slave girl from the evil spirit that bound her. While in prison they were praying and praising God in the night and an earthquake came and broke open the prison doors! But even then they didn‘t leave; they stayed where they were until the jailer came and found them. Most people would run at the first chance they got, but not Paul, in his spirit he must have known that God had him there for a reason. Kind of like today‘s story. Huh! Paul had one of the very first prison ministries! Because Paul stayed where he was in those jails the people in them and the people who ran them were all exposed to the story of Jesus and the fact that He forgives us for our sins and desires a relationship with Him.

I have to wonder if Paul felt a bit like Joseph in these jails. He just adopted the attitude of “Hey, if I‘m going to be a prisoner and slave, then I‘m going to be a really good one!“ Joseph made the best of every situation he was placed in, whether it was being sold into slavery by his own brothers or being wrongfully accused of rape and sent to prison, he took it all in stride and trusted that God had his life in His hands. God had told Joseph through a dream that he would be in a place of authority over his brothers, and Joseph believed that dream. And we have to understand that even through the slavery and imprisonment Joseph continued to believe that somehow God would still fulfill the dream that He had given Joseph so long ago. Surely Joseph had his moments of doubt, we all do don‘t we!?! But overall, Joseph chose to trust God and His goodness and His plan for Joseph‘s life. You can guarantee that Joseph never would have planned slavery and imprisonment as a way to get to the end result that God had promised, but God doesn‘t follow our plans does He?

I have learned that God‘s plan rarely looks like my plan… but I simply have to TRUST that it‘s the right plan, because it‘s God‘s. His ways are not our ways; they‘re better and much more effective in the long run. Would I have chosen the kind of rain and storms that God chose for my life in order to water little ole‘ me and make me grow? Probably not, but without the strong storms of life that bring with them powerful winds of opposition, my tree trunk weak and I would uproot easily. And without the cleansing water of life that those storms bring I would dry up and die. Do I like them? Not usually. Are they good for my spirit like spinach is good for my body? Yes. And so I will take the unpleasant with the pleasant things in life. I will choose to praise God through the storms of my life and thank Him for being with me in the fire, because He certainly doesn‘t have to be there with me through them. But that‘s where He chooses to be, right next to me. And right next to you my friend. All because He loves us.

I have to share this story with you that I just received from a family member. Before grandma went home to be with Jesus she was very sick. She had Parkinson‘s and several strokes which caused paralysis in both sides of her body. She was completely incapacitated for a very long time. During that time Grandpa was right by her side. He spoon fed her. He took her to the restroom. He went to every doctor‘s appointment, every therapy session, he was right there for all of it. He didn‘t have to do that; he easily could have put her into a nursing home and let the professionals take care of her. He could have dropped her off at the doctor‘s visits or the therapy sessions and gone to do something else, but he didn‘t. He stayed right there with her, right by her side. And when asked WHY he would spend all his time taking care of his wife like this he said:

“When I stood in front of two preachers years ago with this little cutie by my side and said in sickness and in health, I meant it“.

Jesus has promised to never leave you or forsake you, and he meant it. He doesn‘t have to take care of us like a flock of helpless sheep, but He wants to because He loves us that much. And as His sheep, we have to trust that He is taking care of us the best way that He knows how, His way. 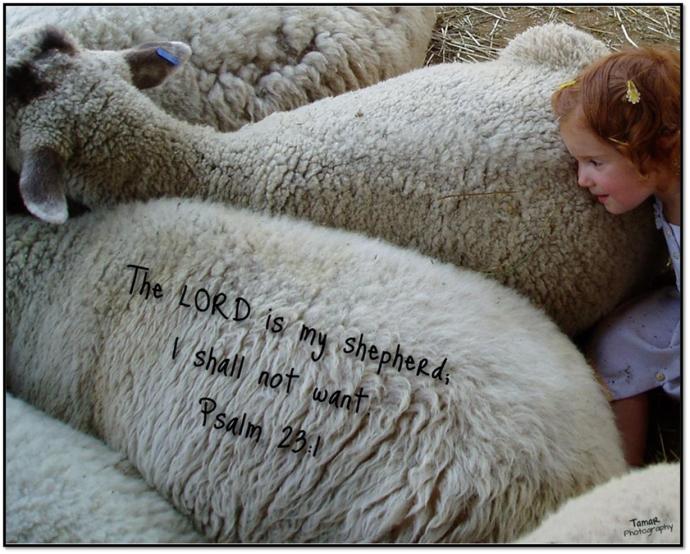 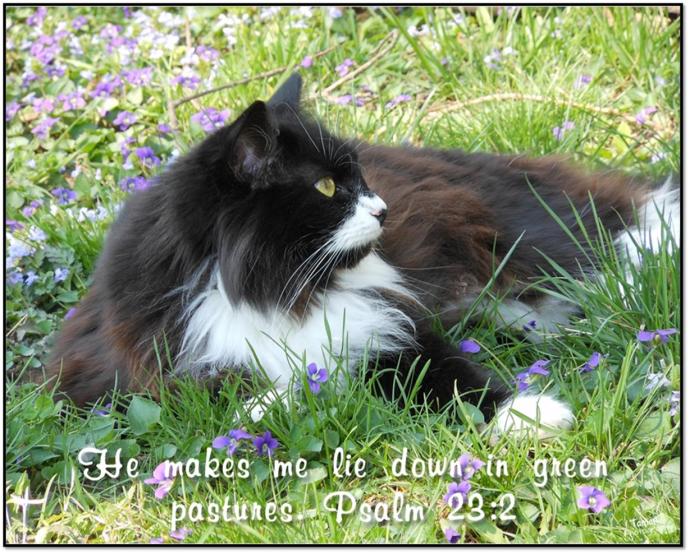 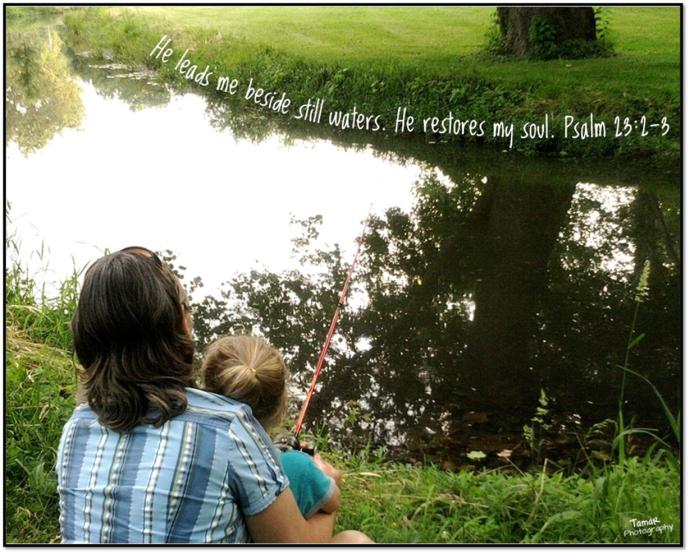 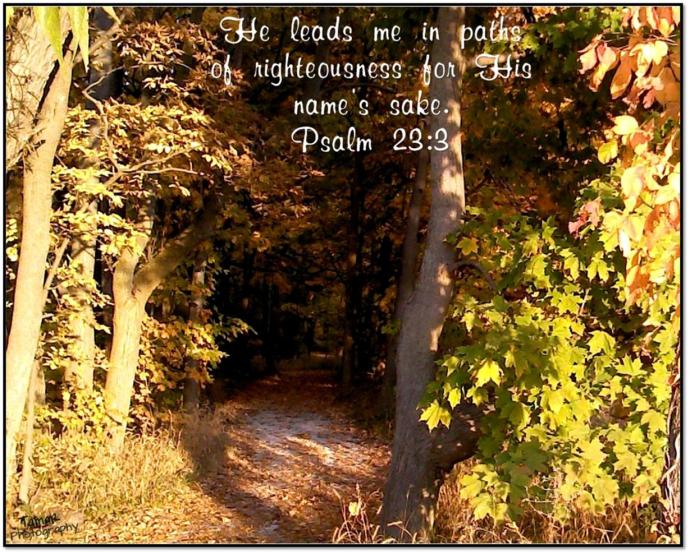 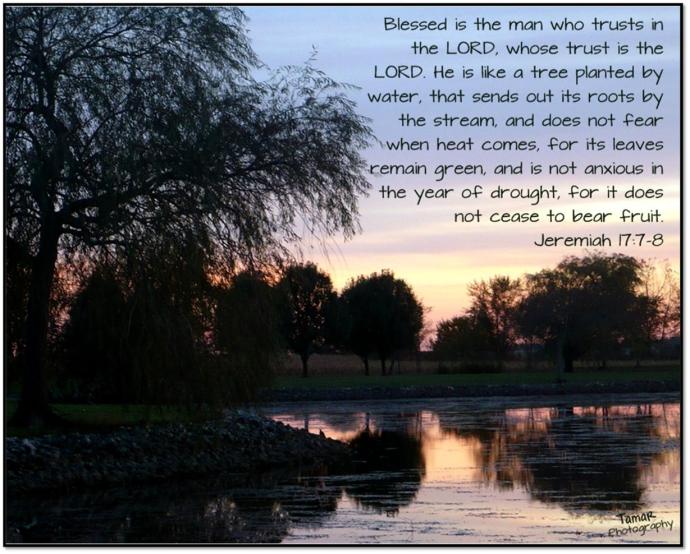 Categories: Acts, Writing Through the Bible in a Year