“Every word of God proves true; He is a shield to those who take refuge in Him.” Proverbs 30:5

Every word proves true when spoken by God. Period. Every word. And the amazing thing is YOU don’t make it come true, He does. It’s HIS word, not yours. He is the shield, not you. He is the refuge, not you. You are the receiver of the True Words and everything they contain. You are the one who can take refuge behind His shield of faithfulness and find comfort and restoration for your soul. 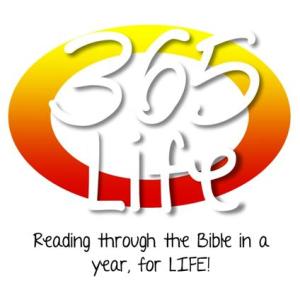 In the 365 Life Program we read a portion of His word every day and take a word, phrase or section of it and claim it as our own. We WRITE DOWN those words in our journals or

365 Life Daily Planner so that we can say “it is written”. I strongly believe, (because I have experienced) that God has hidden treasures of truth, hope, encouragement, and love for us throughout His entire book.

When Jesus was being tempted by Satan in the desert, Jesus answered, “it is written, Man shall not live by bread alone, but by every word that comes from the mouth of God.” Matthew 4:4

There’s a power in writing the word of God, for yourself. Proverbs 3:3 says to “Let not steadfast love and faithfulness forsake you; bind them around your neck; write them on the tablet of your heart.” God gave me this verse when I first started writing and I began writing verses on note cards picturing the very words penned in ink, being etched into the walls of my heart.

In Jesus’ interpretation of the seed and the sower parable He explains that the seed symbolizes the Word of God and the soil is your heart. He also explains that Satan does everything he can to keep that seed of the Truth of God’s Word from taking root and growing in your heart. But get this, IT HAS BEEN WRITTEN!

The Holy Spirit led me to dig a little deeper into that phrase and I am SO GLAD I followed His lead! In the Greek “it has been written” is a single word. Greek is a complex and fascinating language. There are prefixes, stems, suffixes and endings and each of them tells you something different. So let’s dig into this for a minute and see what kind of treasures we can find.

In Greek the word is pronounced “Gegraptai”. The “grap” in the middle is the stem and it finds it’s roots in the word “grapho” which means to write. The “Geg” at the front tells us that it’s in the perfect tense. So it’s an action that took place in the past. But like someone starting a ball rolling while the initial action has ceased it’s effects continue. So while the words were written in the past, their meaning is still effective and powerful against the Enemy to this day. The “tai” at the end tells us that the action is a middle or passive voice. With the middle voice of the verb the action, no matter what it is, has an effect on you. In middle voice it’s like you’re bouncing a ball against a wall. The action is you throwing the ball, but there is a reflexive action and it bounces back to you in some way.

So in this case when Jesus speaks “it is written” as a way to point the tempter back to the moment in which “Man does not live by bread alone but by every word that comes from the mouth of God” was spoken and reminds him that although the initial action has finished, the impact of their Truth are still effective and active to this day. EVERY word of God proves true; He is a shield to those who take refuge in Him.

What was YOUR Word of the Day today? Which scripture from today’s Word of the Day reached out and grabbed YOU? Write it down somewhere, anywhere!!! And I’d simply love it if you would share it with us too! 🙂

Categories: 365 Life, Jesus Loves YOU, Proverbs, Writing Through the Bible in a Year | Tags: 365 Life, Greek, written | Leave a comment